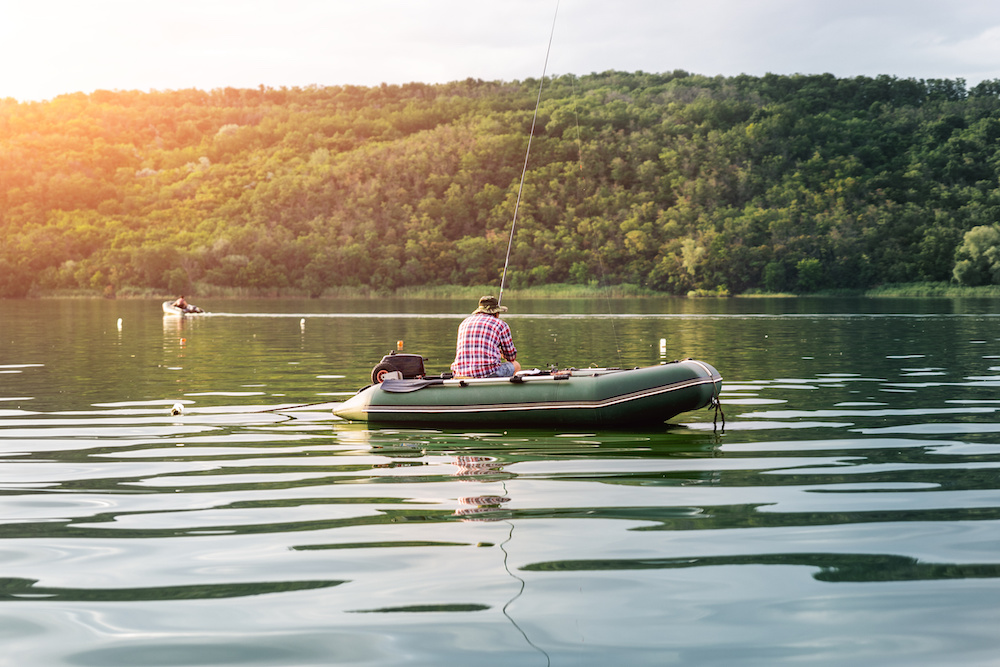 Down Imaging vs Side Imaging on a Fish Finder: Which Is Better?

Anglers looking to incorporate fish finders into their fishing arsenal often get confused about their choices.

There’s just an overwhelming amount of options on the market, not to mention a number of sonar technologies to select from.

Among these sonar categories are down imaging and side imaging, which is so often pitted against each other for the best fish finder title.

Let's look at both sides of the down imaging vs side imaging on a fish finder discussion and how each sonar matches up to your fishing style.

This should help you know which deserves a place in your next fishing excursion.

Why Do Anglers Struggle to Find the Ideal Fish Finder?

You often see anglers scratching their heads at the scanning-direction aspect of fish finders.

Well, you can’t really blame them since that’s one of the most confusing parts about figuring out the accessory.

It’s so easy to overlook the motion of sonar waves in the water when you’re more concerned about whether you can catch fish with it or not.

A fish finder that makes use of down-imaging technology unleashes sonar waves beneath your boat vertically, while a fish finder with a side-imaging sonar does so horizontally.

Both these types are good for specific kinds of fishing and meant to help you catch more fish.

You may even combine these technologies for a one-size-fits-all fish detection method.

However, if you’re keen on using them individually, it’s important to know exactly the scenarios favored by each to get good results.

Down Imaging vs Side Imaging on a Fish Finder

It’s safe to say that clearing up any form of confusion brought on by introducing fish finders into your trips requires going over the jargons.

That's because even if your fish finder does end up working perfectly, there’s no way you’re going to know how to read down imaging and side imaging without learning these terminologies.

If you’re using a Garmin fish finder, their down-imaging feature is written as “DownVu.”

On the other hand, Lowrance uses SideScan and DownScan for side imaging and down imaging, respectively.

This is one of the things that make sonar technology difficult to understand for many new users.

Brands often change common functions with proprietary names to set themselves apart from the rest of the market.

Of course, companies like Humminbird still call these sonar functions for what they are, which are side imaging and down imaging.

What Is Side Imaging on a Fish Finder?

Side-imaging fish finders allow you to scan the water from side to side for schools of fish and underwater structures.

With their horizontal scanning motion, they’re not the best tools for detecting fish in deep waters.

However, if you’re into shallow-water fishing, side-imaging technology allows for more extensive coverage.

Side imaging also impacts the type of fish you’re able to detect. For instance, you won’t have much luck having tiny, fast-moving fish reflected on a side-imaging screen, as the tool usually requires you to move a little slower for clear-image processing.

Also, despite being able to deliver picture-like returns, these accessories don’t require light or darkness to produce results.

They’re also able to scan and identify almost all forms of natural and unnatural structures underwater if the boat moves slowly enough.

That said, some side-imaging sonars are expected to perform better than others. An example of a top-performing brand is Humminbird because their products can run on both freshwater and saltwater.

Side imaging also sets itself apart from conventional sonar through its horizontal movement and more accurate depiction of objects that fall within the cone of frequency.

In terms of how this relatively new fish-detection technology can impact your experience in the water, you have to see for yourself.

Ultimately, some scenarios would favor side-imaging fish detection better than others.

You should also take note that side-imaging fish finders display targets at the side of the screen rather than on top like a down-imaging sonar.

Is Side Imaging Really Worth It?

Speaking of scenarios that favor the use of side-imaging fish finders, here are a few:

If you’re not a fan of waiting too long to see what’s going on beneath your boat, bring a side-imaging fish finder along with you.

These tools can scan the areas surrounding your boat in a breeze.

However, the drawback is it won’t give as good of a picture of what’s going on directly beneath your vessel.

That said, it can easily do twice the area coverage of a down-imaging sonar.

You get a pretty good idea of what’s taking place beneath your boat in shallow waters with a side-imaging sonar.

That’s because their point-of-view for detecting fish and underwater objects at this depth is considerably better than a down-imaging fish finder.

Basically, it’s the shallow water aspect that puts the side-imaging sonar “leaps and bounds” ahead of its down-scanning counterpart.

A side-imaging system gives you a higher chance of detecting fish targets in shallow depths than a down-imaging scanner ever could.

That latter might even miss some species of fish completely.

Should your fishing style lead to any of the scenarios mentioned above, then a side-imaging fish-detection system would be very much worth it.

When Is Side Imaging Not Worth It?

What situations should prompt you to ditch side-imaging technology? Here are some of the most notable ones:

The fact of the matter is, side-imaging fish finders can set you back a considerable amount.

They’re typically more expensive than their down-scanning counterparts, which aren’t cheap by any means.

Of course, if you’re taking the whole fishing business seriously, the budget shouldn’t hold you back.

You should find a way to get your hands on a high-quality side-imaging scanner before the next trip.

While this shouldn’t matter as much if you fish on shallow waters, being a true angler means preparing yourself for all kinds of situations.

When you find yourself in deeper depths, don’t expect side-imaging technology to be of much use in vertical scanning.

Sure, you would have an idea about what’s going on at the sides of your boat, but right below? Not really.

Returns by a side-imaging fish finder can be just as clear as a down-imaging one, given that you’re trolling the waters at low speed.

Should you pick up the pace even a little, you’ll find your side-imaging screen capturing unclear images.

What Is Down Imaging on a Fish Finder?

A down-imaging system scans targets and structures directly below the boat, giving the angler a clear idea of what’s going on at the bottom.

Basically, the transducer sends out sonar waves vertically to let you know the position of certain objects in the water column.

Down-imaging fish finders are simpler and more affordable. It’s also easier to know how to read down imaging systems than a side-imaging one.

Plus, these devices match up easily with most fishing styles, making them a more popular choice than side-imaging technology.

When to Use Down Imaging

Down imaging can lead to a productive time in the water when used in the following scenarios:

That’s because they cover a vertical direction, which is what matters most at deeper depths.

One of the best things about down-imaging systems is that they can provide detailed returns even at considerable speeds.

When Not to Use Down Imaging

When asked to choose between down imaging or side imaging, you’ll want to pick the latter in the following instances:

Having only one transducer to rely on means there won’t be much information for the computer system to process, resulting in a low-resolution photo.

If image clarity is what’s most important to you, then a side-imaging system would be more appropriate for your needs.

There are times when things taking place left and right are just as important as what’s going on in the center.

That means you’ll need a system made for multi-directional detection.

In cases like this, a side-imaging fish finder is more likely to give you what you need than a down-scanning one.

Should I Get Down Imaging or Side Imaging?

If there aren’t too many “complexities” in the way you fish, you’re certain to benefit more from down imaging vs side imaging on a fish finder.

That said, if you want to take your fishing experience to newer heights, there’s a good chance you’ll need a side-imaging screen on standby.

Though, the best thing about this day and age is you don’t have to limit yourself to either one of these items or even both of them, for that matter. You can go for combinations easily.

As mentioned previously, there’s an overwhelming amount of these devices saturating the market, and these two barely scratch the surface of what’s out there.