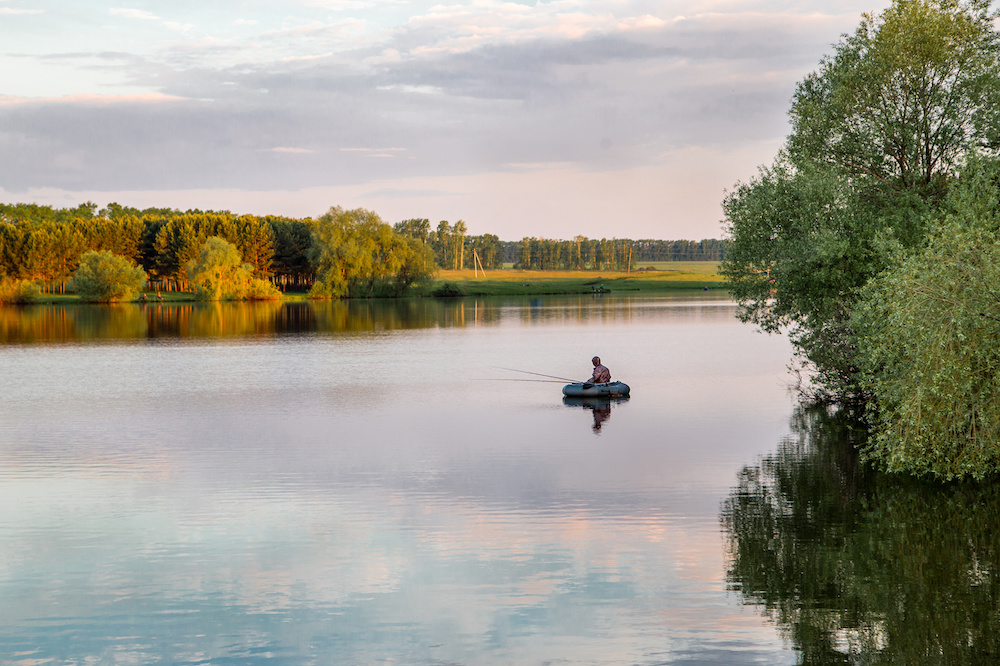 How To Read a SIMRAD Fish Finder: A Guide for New Anglers

When it comes to marine electronics, SIMRAD fish finders are notoriously known for their intuitive and innovative design.

Therefore, if you just bought yourself a SIMRAD fish-finding unit, you are in for a real treat.

Combined with other high-functioning features, the super-fast and extremely responsive touchscreen display will catapult your fishing experience to a whole new level.

No idea how to read a SIMRAD fish finder? Before we talk about reading a fish finder, let’s discuss the basics first.

Fish finders work using sonar technology, but what is it anyway?

What Is Sonar Technology?

The word sonar is used primarily as a short form of sound, navigation, and range.

Although initially developed to identify enemy vessels during World War II, the system is now commonly used in commercial and recreational crafts.

In a typical sonar system, you will find a display, a sonar module, and a transducer.

As the sonar module receives and processes the transducer’s signals, the display then presents the interpreted data.

A high-quality sonar system will enhance your overall fishing or boating experience.

This versatile piece of technology helps you find fish and easily identify structures and the depth of the bottom.

SIMRAD Yachting’s rich 75-year-long history is built on the legacy of some of the most prominent marine pioneers of all time.

For instance, the TouchSensible and multi-touch technology combine a conventional glass screen with traditional controls to maximize utility.

However, it is best known for its inventive and extremely reliable safety, navigation, and auto-steering merchandise.

The first step in learning to read any fish find​​er is to understand the different kinds of sonar technologies you may encounter.

These are essentially your eyes and ears in the water, so you do not want to miss out on learning what each type has to offer.

Here are some of the common sonar technologies found in SIMRAD fish finders:

The ForwardScan sonar technology is the most preliminary sonar system by SIMRAD. It is able to provide two-dimensional images of the depth right in front of the vessel.

As such, users can easily chart their way through shallow or unstable waters.

The output from the ForwardScan shows as a 2D rendering shown as color-coded segments that identify the level of depth in front of your vessel.

The SIMRAD Broadband Sonar technology is an essential feature in every system.

It utilizes a traditional presentation of the fish moving directly beneath the vessel through arches shown on the display.

Compared to other single-frequency echo-sounders, it uses less power overall but varies the level of its frequency ping to replicate a higher energy signal.

This way, users can enjoy a much clearer display without any static images.

Active Imaging is SIMRAD’s latest and most advanced sonar technology. It is an upgrade from the TotalScan technology and has an exceptionally high range.

As the name suggests, Active Imaging technology ensures fast results on the move.

Its high-resolution imaging feature known as FishReveal Smart Target can identify different fish-holding areas and structures in no time, such as rocks and weed beds.

Due to its long-range capacity, users can easily distinguish the depth of the water, including dips and ditches.

You can opt for either a two-in-one (SideScan and DownScan) or three-in-one (CHIPR, SideScan, and DownScan) transducer with Active Imaging technology.

As the name suggests, the StructureScan 3D Imaging technology can scan the underwater terrain to provide a three-dimensional view of the surroundings.

Unlike traditional sonar systems, this one offers a direct view of life beneath your vessel.

The virtual camera is adjustable, allowing you to tilt, pan, or rotate it for a better view via the ScanTrack control mode.

Whether you want to scan for fish or read the bottom terrain, this technology helps monitor both in relation to your vessel’s position.

This technology provides users with a picture-like panoramic view beneath the vessel.

Additionally, it combines DownScan’s downward imagery with data from CHIRP sonar to create a life-like output that lets you identify individual fish.

The display’s chart page will show submerged structures and terrains based on the position of your vessel by combining the data from StructureMap and Sidecan imagery.

To easily access this view, there is a dedicated StructureScan port given on all displays with built-in sonar systems.

A high-frequency sonar system, the CHIRP sonar outperforms on many levels.

For instance, compared to single-frequency broadband sonar systems, it provides a better view of the underwater world by utilizing multiple high frequencies in a go.

It is best known for identifying primary targets within a large school or differentiating between closely spaced fish from a single target.

All SIMRAD SonarHub modules and multifunction displays have a specialized port to accommodate CHIRP functionality.

Some may even have dual-channel CHIRP transducers, which help perform superior-grade sweeps by utilizing two frequencies simultaneously.

How To Read a SIMRAD Fish Finder

Now that you know how a sonar system interacts with the display, we can move on to learning about what this information represents.

Reading a SIMRAD fish finder is essentially like using any other fish finder that employs sonar technology.

While this is good news for most seasoned fishing enthusiasts, the novice angler may struggle a bit with understanding the usability of the device.

For starters, keep in mind that you read the data on the display from the right side to the left.

The far-right side of the display will have the most recent readings of the area beneath the vessel.

Since every fish finder model is unique, it is recommended that you go through the included manual to know what the display will feature.

Additionally, it is always a good idea to tinker around with the settings so that you know what each model has to offer.

Here is a basic guide to help you interpret the data on your fish finder’s display:

The primary function of a fish finder is to help you identify the fish underneath your vessel.

Most models will do this in one of two ways, depending on the setting you opt for.

In a multifunction display by SIMRAD, you can opt for fish icons to help identify fish underneath your vessel.

By utilizing Fish-ID technology, you can differentiate between the volume and size of the game fish.

The display from the ForwardScan sonar system will transcribe the data from the transducer as a 2D-rendered picture that includes colorful arches.

However, it takes some practice before becoming a pro at interpreting the data from a fish arch.

For instance, a bigger arch will represent bigger fish, while a smaller one will do the opposite.

To identify structures, the fish finder will display the depth of the bottom underneath your vessel.

This information is mostly found on the left side of the monitor and will be displayed in feet and meters.

A fish finder will distinguish different structures and display them uniquely.

For example, a vegetation-dense area will be displayed on the monitor as vertical lines.

Similarly, a V-shaped dip will help detect depressions in the seabed.

By knowing the type and hardness of the seabed, you can easily identify zones that are densely populated with game fish.

For instance, if the display shows thick vertical lines, you will know that the bottom is hard.

On the contrary, if there are thin lines, the bottom will be softer and almost clay-like.

To identify inclines and declines in the surfaces, you may come across point-like images on the display.

It is recommended that you scan with a narrow beam to correctly identify depths and shelves in the bottom because a wider beam may overlook these.

The best way to learn how to read a SIMRAD fish finder is to put into practice all the tips and techniques we listed.

Just like you can’t learn how to swim by watching a video tutorial; similarly, you won’t know how to fish by simply reading a manual.

Give yourself some time to get accustomed to the different features of your fish finder.

Though compact, this reliable piece of technology will be your eyes and ears underwater.

Therefore, getting acquainted with reading it properly will ensure a worthwhile time out on the water.