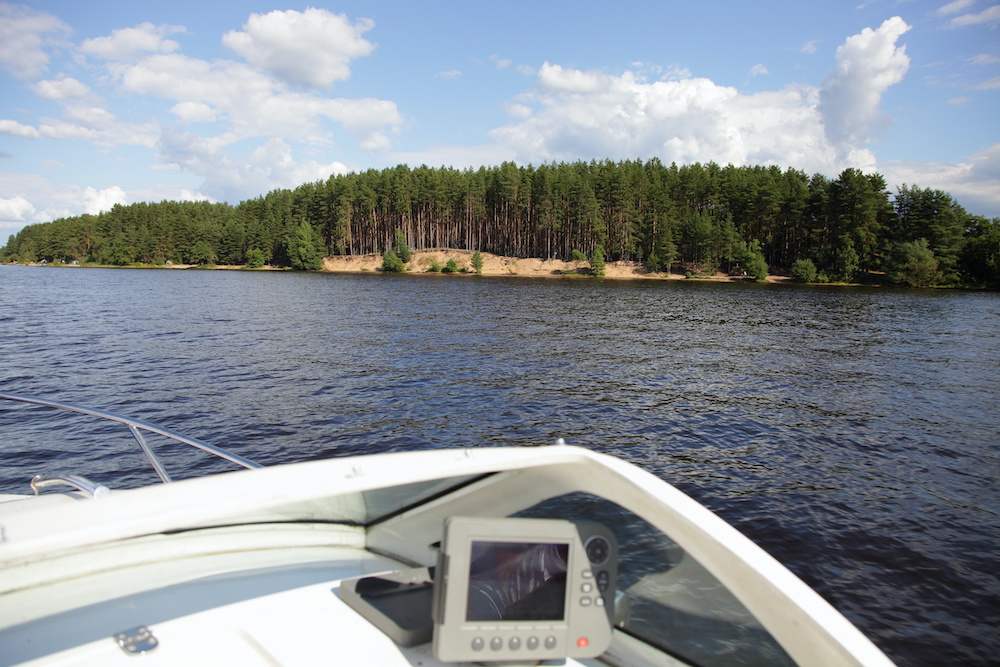 How To Wire Fish Finder To Fuse Box

Looking to level up your fishing skills? Perhaps what’s missing is a fishfinder.

A fishfinder is an extremely handy and fun gadget to have onboard your boat.

It is especially useful for fishing in new areas, helping you become acquainted with your new underwater domain.

If you have recently invested in a new unit, you will need to know how to install it, as well as how to wire fish finder to fuse box.

Ensuring you get the installation and fish finder wiring right is key in making sure it works effectively.

For that, we’ve got your back.

Here, we will explain fish finder installation to a fuse box, as well as direct to a battery, in two easy step-by-step guides.

How To Wire Fish Finder To Fuse Box

Unless you have a portable unit, you will need to wire your fishfinder into your boat’s fuse box or battery to power it.

Don’t worry; doing this is a lot easier than you might think.

Besides, if you’ve already managed to install the device on your boat, then you’re nearly done.

Before we get started with the process, it’s best if you prepare all the tools you will need first.

To wire your fish finder into your fuse box, you’ll need:

How To Wire a Fishfinder

Your basic fishfinder is made up of two separate devices that need installation and wiring in: the computer display screen and the transducer.

The transducer will usually have just one cable running out of it, and the computer display or head unit will have two wires coming out of it.

To simplify things, let’s look at the wiring of each device separately.

First, we’ll tackle the transducer, and then we’ll explain how to wire a fishfinder display to the battery.

Wiring in the Transducer

The transducer will be drawing power directly through the head unit, which is why there is just one cable coming out of it.

The cable coming out of the transducer needs to feed into the boat and be run around the edge to connect directly to the computer display screen.

If there isn’t a clear way to pass your transducer cable from the device into your boat, you can drill a hole for it.

Obviously, for safety reasons, remember to make sure that the hole is well above the waterline of your boat.

If you are unwilling to drill (yet another) hole in your boat, and we understand if you aren’t, you could also pass the cable over the side.

Granted, it won’t look as neat, but it will get the job done.

If your boat has a housing that you can run the wire behind, you may also need to use a wire snake to feed it up to the front.

Otherwise, tuck the wire underneath the lip or edge of the boat.

You can do this using wire clamps or zip ties, heading it in the direction of your display unit.

Once you have reached your display unit, there will probably be some excess cable to deal with.

Whatever you do, you should not try to cut this cable shorter and reconnect it.

If you do, you risk ruining the connection. Cutting this cable will also invalidate your warranty.

So, instead of cutting it, simply coil up the excess cable and tie it together neatly with another zip tie.

Leave yourself a three- or four-inch tail you can plug into the display unit when you are ready.

Wiring in the Display Unit

As mentioned, the display unit has two cables running out of it.

These are positive and negative leads that need to draw power from your battery.

Whether you are wiring fish finder to battery or the fuse box, the process is pretty simple once you have identified which cable is which.

You can distinguish them by either checking for plus and minus signs on the cables themselves or by color.

If they are color-coded, make sure you double-check with the manufacturer's instructions to find out which color is which.

Usually, red is positive and black is negative, but it really doesn’t hurt to double-check that the manufacturer agrees. 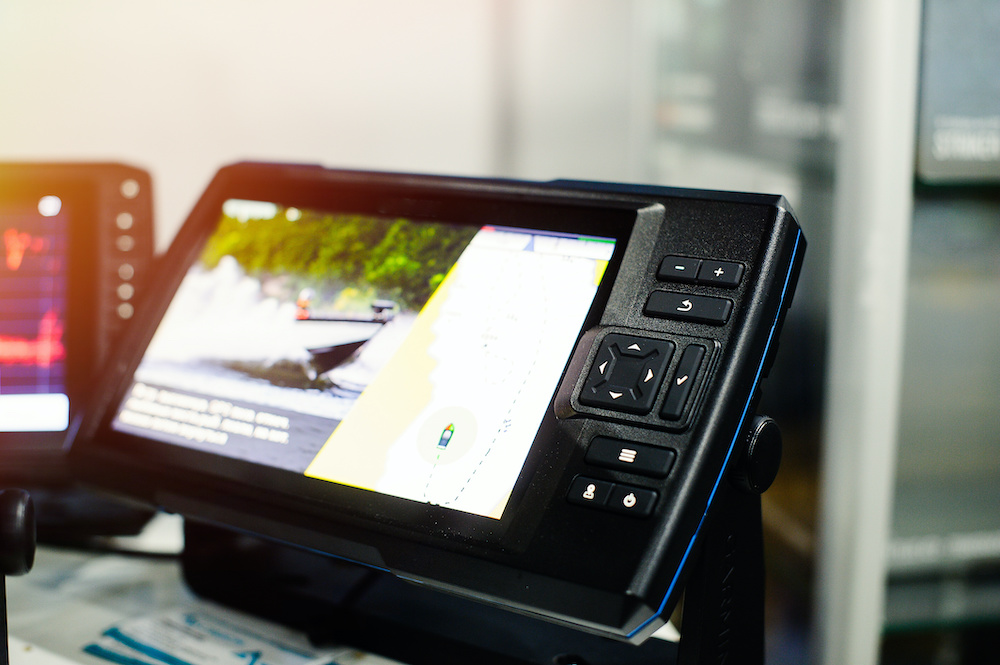 How Do You Hook Up a Fishfinder Battery Wire?

As we said, there are two ways you can hook up a fishfinder battery wire.

You can connect it either to the fuse box or directly to the battery.

Most manufacturers actually recommend hooking up your device directly to the battery with an inline fuse.

Sometimes, though, this means running a lot more cable than you have available.

Then, of course, there may be other reasons why you prefer to connect via a fuse box.

Connecting To the Fuse Box

Follow our simple step-by-step guide below to connect your fishfinder to the fuse box.

First, you need to locate an unused spot within your fuse box.

Step 2: Cut off the Inline Fuse and Battery Connectors

Next, cut off the battery connectors and inline fuse (if applicable).

You won’t need these for a fuse box connection.

Use your wire cutters to strip off half an inch of the wire insulation, exposing the wire within.

Again, these should be clearly marked on the fuse box.

Step 5: Crimp the Wires into Place

After that, insert one of the wires into the matching terminal.

Use your crimping tool to clamp the wire into the connector before repeating with the other wire.

These connectors can only be used once, so if this fuse tap has been used before, you will need to buy new wire connectors.

Finally, you just need to insert a fuse into the fuse tap that matches your device's needs, which you will be able to find in the owner’s guide.

If you have connected positive and negative cables to a marina battery before, wiring fish finder to battery will be no different.

When connecting your fishfinder directly to your starting battery, make sure the positive cable has an inline fuse on it.

Your battery will have two posts sticking out of the top of it.

One is for the positive connection, and the other is for the negative.

If you can’t easily identify which post is which, it’s time to replace your battery.

The nut should come off fairly easily, but if not, using a small wrench can help.

To loosen and remove the nut, turn it to the left (counter-clockwise).

Step 3: Slip over the Terminal Connector

Then, you just need to replace and tighten the nut that holds all of the connectors in place.

Step 5: Repeat the Steps For the Negative Connector

Once you're finished with the positive connection, simply wire the negative lead to the negative post in the same way.

Don’t run the wires too close to the engine wiring casing.

It can affect the device's performance by causing electrical interference.

Connect the device to check that it works before installing it.

Do You Need a Fuse for a Fish Finder?

Yes, it’s incredibly important to connect your fishfinder with a fuse for several reasons.

Firstly, the fuse acts as a breaker to protect your expensive fishfinder from power surges.

Secondly, using a fuse could also help prevent an electrical fire on your boat.

Finally, if the worst were to happen and your boat suffered from fire damage, your insurance company may refuse to pay if you failed to install a fuse.

How Many Amps Does a Fish Finder Use?

It may be surprising to learn that fish finders don’t use much power at all.

Some models draw 1.5 amps and require a 3A fuse.

More powerful models with GPS and chart plotting abilities may draw up to 3.5 amps, requiring a 7A fuse.

Every model will be slightly different, but the manufacturer should list the specifics within the product's specs.

All Wired in and Ready To Go!

Knowing how to wire fish finder to fuse box is pretty useful if you have a fuse box located towards the front of your boat.

It makes it a lot easier to run the cables, as they don’t have to travel as far.

What’s more, fish finder wiring is a really simple job, as long as you have the proper crimping tool to help you complete the job.

Always make sure you use the right fuse for the job as recommended by the manufacturer.

Once everything’s installed and wired in, all you need to do is learn how to use a fishfinder, and you’re ready to get out there fishing.