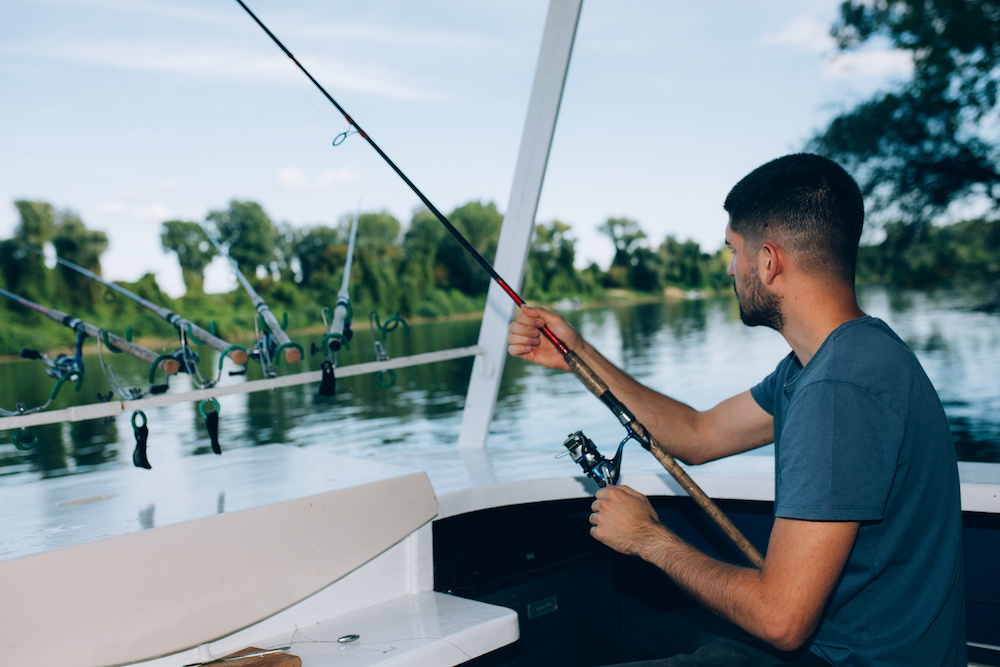 What Is CHIRP on a Fish Finder: A Comprehensive Guide on the CHIRP Sonar

What is CHIRP on a fish finder? Among the things anglers find frustrating about traditional sonars is their high-powered yet extremely brief energy pulses.

That’s the kind of inconsistency that will fail to give you a clear picture of your fish targets and the structures around them.

That’s why fish finders making use of CHIRP technology have become game-changers for modern-day anglers.

These accessories transmit longer pulses that provide a clearer picture of the scenario underneath your boat.

They do this by releasing more energy into the water column and using various frequency ranges of CHIRP to match your fishing style's various aspects.

If that isn’t a game-changer, then we don’t know what is. Today, we’ll give you a closer look at the CHIRP sonar’s abilities and how they factor into your fishing experience.

What Does CHIRP Mean on Fish Finders?

Basically, it sends signals across the water to detect fish similar to how the radios in your vehicles scan airwaves from FM stations.

Chirp produces seabed structure and fish returns that are considerably more accurate due to its broad range of frequencies.

It can generate detailed images of various structures in the ocean at frequencies up to 117kHz.

It gives you incredibly defined and crisp images, which are as close to 100 percent accurate representations of adjacent objects as you can get.

How Does CHIRP Sonar Work?

Now that we have the CHIRP sonar definition out of the way, let’s tackle the inner workings of these types of fish finders.

These multi-frequency fishing accessories are above and beyond any 2D traditional sonar you could ever use. That’s because older, more conventional sonars are of the single-frequency variety, so even their best images can still be hazy.

That's because of the various bursts of its transducer frequencies, which start low and escalate to higher pulses ten times the traditional sonar duration.

Thus, you get up to 60 times more energy released into the water column, which in turn leads to more elaborate return images.

Some crucial features of the CHIRP that set it apart from all others are the pattern correlation and pulse compression.

They're what allows the fish finder to acquire and process any information it receives from a pulse swiftly, resulting in unrivaled resolution and striking definition on return images.

How to Interpret the Graph

“What is CHIRP sonar?” might just be one of the many questions you have about this revolutionary type of fish finder.

As a beginner, you could also be curious about how to interpret its graphs.

You should be able to find a number of video tutorials online on CHIRP sonar graph interpretation.

Basically, the main highlights of the CHIRP sonar are its pattern correlation and pulse compression features.

Besides their major contribution to producing unparalleled target displays, they also can quickly modify an extended pulse that is frequency coded to an expanded amplitude’s confined pulse.

What Are the Types of CHIRP?

The three divisions of CHIRP sonar are medium, high, and non-chirp frequencies.

Let’s find out more about each so you can choose what’s best for your fishing style.

If you’re looking to see more detail in smaller objects, this isn’t the frequency range for you.

The frequencies of 50 kHz and 200 kHz on fish finders allow anglers more discretion in their fishing style.

That’s because these are the only frequencies that can achieve the transmit pulse.

A fish finder classified as non-CHIRP operates with only a one percent duty cycle at maximum, which means there’s no more than a one percent chance that it transmits voltage to the transducer.

What Does High CHIRP Mean?

Now the high chirp on a fish finder is way up there at 150 to 240 kHz. It’s the perfect range for fishing in inland bodies of water and freshwater no more than 600 feet in depth. 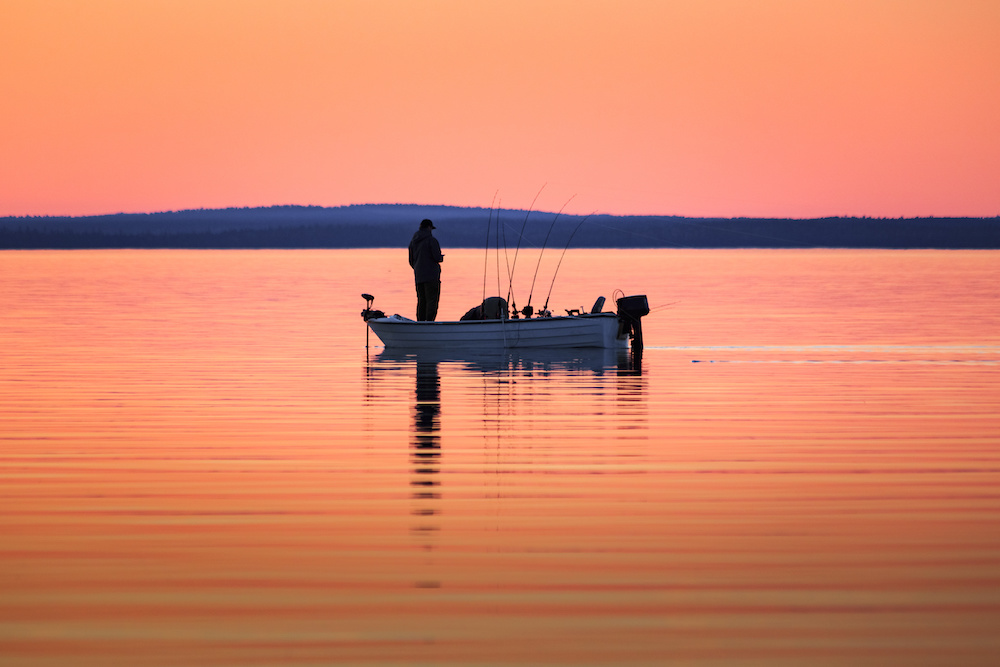 What Does a CHIRP Transducer Do?

What is CHIRP sonar transducer? A CHIRP transducer is an accessory that modifies pulses using CHIRP technology before releasing them into the water.

Sonar pulses are either sent out into the water in the non-CHIRP, medium, and high-CHIRP frequency ranges.

The monitor also displays these specific targets separately, so they’re easier to distinguish.

A more accurate term for these frequency ranges is the broadband sonar.

That’s because the echo signals they return from targets are of similar frequencies from the ones that struck the targets.

Thus, it follows that even frequency signals that touch two objects close together in shallow water could still turn out slightly different.

Finding out the answer to “What does CHIRP sonar mean?” also means discovering how the CHIRP sonar compares to its conventional counterpart.

With a traditional sonar, schools of fish could be having a frenzy beneath your boat without it registering in the accessory.

Sure, who needs a fish finder in these scenarios, right? But this clearly tells you how severely limited 2D sonars are in terms of detection ability.

Imagine how more difficult of a time you’d have if the fish were actually difficult to find. That stresses the importance of high-quality sonar.

Good sonar can come in the form of CHIRP, which detects fish that are normally hard to find using traditional sonar easy.

An example of fish that regularly escapes 2D detection is tuna. This fish has tiny swim bladders that don’t redirect signals well, so it hardly turns up accurately in a traditional fish finder.

Tuna is also an incredibly-fast swimmer and can rapidly swim across the transducer beam’s cone with the barest hint of detection.

As a result, even when they appear on the screen, it won’t be for long.

On the other hand, CHIRP technology delivers a burst of frequencies in a single pulse to give you the best chance to mark even the hardest-to-detect targets.

Nevertheless, even when the CHIRP sonar definition impresses you, it’s vital to consider how the accessory matches your fishing style before getting it.

After all, using a CHIRP fish finder also means having a bunch of transducer options, which can be confusing.

Hence, prior to picking up a CHIRP transducer and having it installed, discuss things with a marine electronics expert who can help you choose the most suitable model for your fishing style.

How Can You Get CHIRP Sonar?

Humminbird ION and ONIX units are more than capable of processing CHIRP alongside partner transducers like the CHIRP sonar module and Airman CHIRP.

Then, there are Raymarine Dragonfly devices that have pre-configured A, C, and E multifunction features that display CHIRP sonar impeccably when paired with compatible transducers.

How Does CHIRP Technology Lure in Fish?

What is CHIRP on a fish finder? When used correctly, it’s also something that helps you catch more fish.

Here are some of the reasons CHIRP fish finders help improve your haul:

Displays a Detailed Representation of the Water Column

One of the best things about CHIRP technology is that it displays the water column in the clearest format, so you get to see everything in detail.

Its target separation ability is also unmatched, allowing you to distinguish targets from your baits and other adjacent objects effortlessly.

What does CHIRP sonar mean? Well, it also means image clarity like no other.

Hence, fish that appear on the screen can be categorized immediately. If you happen to be an angler who needs to organize fish after a catch, this tool can help you do so in a breeze.

Since CHIRP makes use of various frequencies, it allows you to tell apart baitfish from gamefish.

You’ll know if something is a bass fish or striper, even if bait conceals them or is inside it.

This type of differentiation becomes effortless when you make use of CHIRP technology.

What Is Chirp on a Fish Finder: The Conclusion

CHIRP is a form of sonar technology that is “leaps and bounds” ahead of the traditional 2D sonar used by anglers of the past (and sometimes present) to lure in fish.

It uses various bursts of frequencies to detect fish and provide awareness of the structures around them. Categorized based on their CHIRP frequency ranges, these tools can make finding fish easier regardless of one’s fishing style.